SUMMER GETAWAY TO THE MOUNTAINS

WROCLAW’s BEST DISTRICTS TO LIVE IN

I’m reading in today’s paper that yesterday July 17th the President of Wroclaw, Jacek Sutryk and President Batumi Lasha Komakhidze signed an agreement on the partnership cooperation between cities.

The Batumi Wroclaw partnership agreement means that both cities are going to start closer cooperation. The aim is to exchange experiences in solving city’s problems. Both cities can learn from one another. They both support the development of tourism, sport, health and social affairs. They will also focus on getting involved in building relationships between the universities. As it leaves an open door to the students from both cities.

Georgia’s Black Sea town of Batumi received the title of ‘Europe’s Leading Emerging Tourism Destination’ at the World Travel Awards (WTA) ceremony held in Madeira, Portugal in June 2019. Therefore, the prices of the holidays in Georgia are comparable to those in Greece or Turkey.

Batumi is the capital of the Autonomous Republic of Ajara. The second largest city of Georgia is known as a regional cultural and industrial centre. It has got about 155 thousand inhabitants, while Georgia itself has about 3.7 million of them. Wroclaw has got a bit over 640 thousand residents.

In Batumi there is a sea and air port. Currently the city is building a football stadium which will accommodate 20,000 spectators in the future. This year, Batumi will be the host of the World Chess Olympiad.

I’ve heard that Georgia was a beautiful country, always wanted to go and visit it. I’m in love with turkish culture and food so it wouldn’t surprise me if I fell in love with Georgia too. 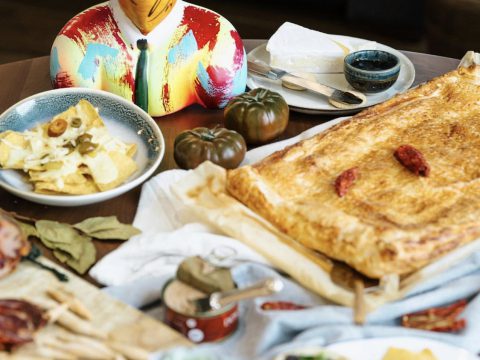 Kolejkowo – the absolute masterpiece you must see.